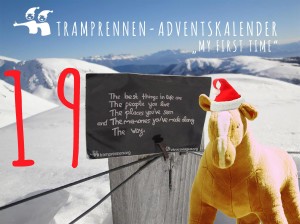 A bit more than 13 years ago, I read Jack Kerouac’s – On the road, which inspired me in numerous way, which is a total cliché, I know, but back in those days it hadn’t become a cliche yet.

Crap, I just realized that I’m not 60, so that also makes me a cliché, nevermind, back to my literary fueled wanderlust.

After reading the inspiring words of a young hitchhiker, backpacking his way around the United States in the mid 60s, I figured that I should try that hot old drug called Thumbing.

I wrote a bunch of my friends a text saying that I was going to do something new and exciting, several of them answered back interested in my new adventures, which is the equivalent of 50 likes, 12 reaction emoticons and 4 shares, in modern communication.

My plan was to hitchhike from Kalundborg to Copenhagen, the mind boggling distance of 120 danish kilometers ( which is just like normal kilometers, but better, and much more up it’s own ass about it)

Kalundborg is only about 20.000 people, so there’s only one way out of town leading to Copenhagen, and it only took about 15-20minutes to walk there.

My 17 year old self looked amazing, thumb in the air, wind in my hair, and what appeared to be a smile from a distance.

As you can probably imagine, it didn’t take long before a car stopped, they were only going to the next city, but that was fine by me.

The next spot was equally good, cars were slow, easy visibility and plenty of space for the cars to stop, I hardly had the time for my thumb to get cold before a car stopped.

What happened next, and the time after that, was that the car was actually going all the way, but I told them to only drive me 20-30kms.

Why did I say no to a direct ride?

Because my main interest wasn’t getting to Copenhagen, it was to try hitching, and through my thumb, to get into different cars and talk to different people.

After around 5-6 rides, I arrived to Copenhagen and walked the last 8 kms to the main station, got into a train going back to Kalundborg and spent the next 1½hours eating my lunchpack.

This was my first time hitchhiking, I successfully went from A to B and then back to A again, I turned down several direct rides, all in all it was like no other hitchhiking trip since then, but you’re allowed to do some weird, freaky stuff on your first time, right?

At least that’s what Santa always told me, Merry christmas everyone :)