Our own and other hichhike-projects

Friday evening, south-east Bavaria. In the scenic village of Berchtesgaden the day is coming to an end. People are cheerful, for it’s the start of the weekend. After a moody early April, the weather is finally more stable and it appears as if Spring has now come. All over the village work is being finished and the first beers are drafted.

In a small shop in the heart of the village however the lights are still on and a young and talented sculptor’s apprentice is chiseling, hammering, sawing, drilling and polishing. He’s working hard on a piece that needs to be finished this very night. The holidays are nearing and the shop will be closed then. Again and again he’s got to wipe the sweat off his face and rub his burning eyes. Finger’s bleeding and the nerve’s at an end. Had he just not procrastinated so much – the trophy for the 60-hour-race would have been done a long time back! Now he’s got to go full power. A last cut, a screw here and there, some glue and finally the paint-job… It is late, very late… the young artist is fighting sleep… but then, with his last bit of energy the work is done and he peacefully falls asleep right there on the workbench. 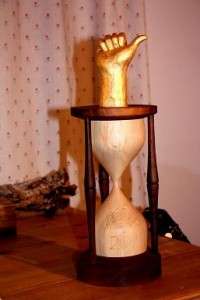 The 60 hour race is over and after a couple of days of recovery time we’re fresh and awake again!

Thursday morning around 45 hitchhikers in 20 teams met at 9am in front of “Susi’s Showbar”, Hamburg-St.Pauli to hitchhike 60 hours as far as they can and back to Hamburg! Most of them made it home from Marseille, almost Rome, Zenica, Belgrade, Zagreb, Szeged, Rimini, Prague and many more cities all over europe.

[singlepic id=1711 w=320 h=240 float=left]
Some got stuck in Marseille and Paris, but the majority was back before 10pm, enjoyed the refreshing sun in Hamburg with a beer and tons of stories after 60 hours of hitchhiking.

Second and third place went to “Die Glückswürste” and “The Hot Weenies” who made it to Southern France with 1283 & 1345 covered Kilometers!

Photos from the race will follow soon, we’re waiting for mails with photos from participants!

In parallel, the preparations for Tramprennen 2011 for Viva con Agua have started months ago. News will follow in the upcoming weeks here on this website!

Less than 24 hours to Hitch-Off at Susi’s Showbar!
Celebrate urself at the pre-gathering in the Haus III & 70 in Hamburg
Nutters, gather up!

All the lardasses at home can follow the hitchhikers via the SMS-liveticker, known from the last races.