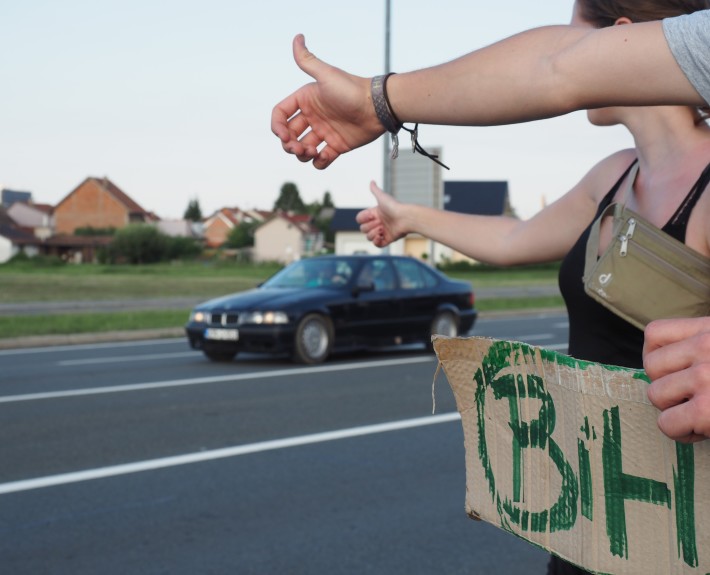 BÄÄM! The registration process is closed and we are more than excited to hit the road and hitchhike to the bet to Bosnia! We are already practicing our hitchhiking skills and try new techniques in overtaking our opponents on the road. But just as in Formula1 or NASCAR nothing works without sponsors and supporters! So while sharpening the thumbs and tuning the signs all the teams are looking for people supporting them donate some money to Sea-Watch e.V. Become a sponsor now and send your favorite team some wishes or tasks for their journey to Bosnia!
If you have to stay at home but still want to know what’s up just follow our liveticker! All the teams participating will keep you updated about their journey and if you have an account on our website you can even comment on their posts. Nice? Nice!

What else to say? Just 9 nights left until we all meet and hit the road and we are freaking excited to finally get going! Whooop!!

Donation tool is up and running!

In the last weeks the European borders on the Mediterranean Sea have become even more invincible than before. The civil sea-rescue organizations Mission Lifeline and Sea-Watch are still being kept in port and are not allowed to continue their sea-rescue mission. These actions of the Maltese authorities are not just incomprehensible but also acute life-threatening. Even more horrible is the reaction of the German government. The comments of the secretary of interior Horst Seehofer are leading to a criminal-prosecution of the activists of the civil sea rescue organizations and are fueling racist and nationalist forces in their anti-immigration campaigns.

We stand with the activists, who are stuck in the ports and are forced to let people drown because of inhumane politics. As you might have seen, this years Tramprennen supports the work of Sea-Watch. That’s why we feel deeply connected to their situation and send our best greetings and solidarity to Malta!

At the same time, we want to announce that you can support the Sea-Watch activists very directly yourself. We started our donation-tool for this years Tramprennen and the first donations were already made. Now it is your turn:

Become a team sponsor here  and support Sea-Watch and their civil sea-rescue mission!

Thumbs up for civil sea-rescue! 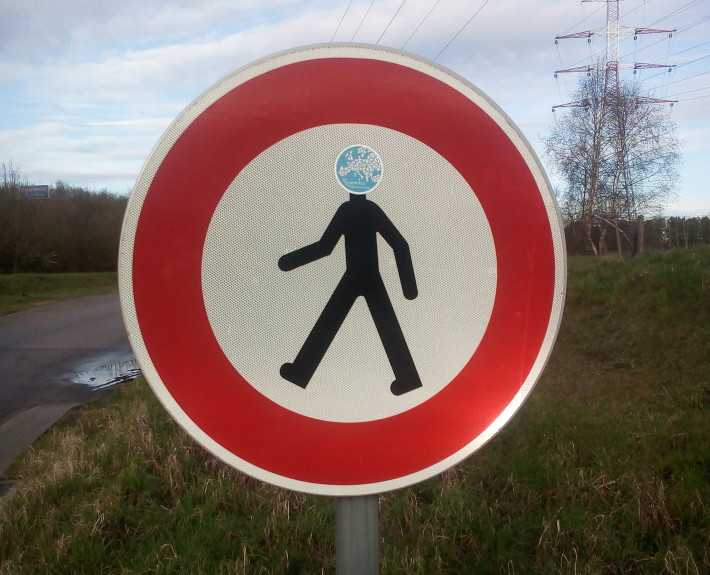 Again, we need your support in the graphical sector for this year’s Tramprennen.
Since stickers are not designed by themselves we call out for the all time beloved sticker-contest!

The rules are as known as simple: Please send your design-proposal to gero@tramprennen.org until Sunday 8.7.2018. Which kind of file or format doesn’t matter for now. In the following, there will be a vote on Facebook and the two stickers that gained most of the likes will be part of Tramprennen 2018! As a price we offer honour and fame for a lifetime!

Start up your photoshop and sharpen your pencils! We are looking forward to your designs! 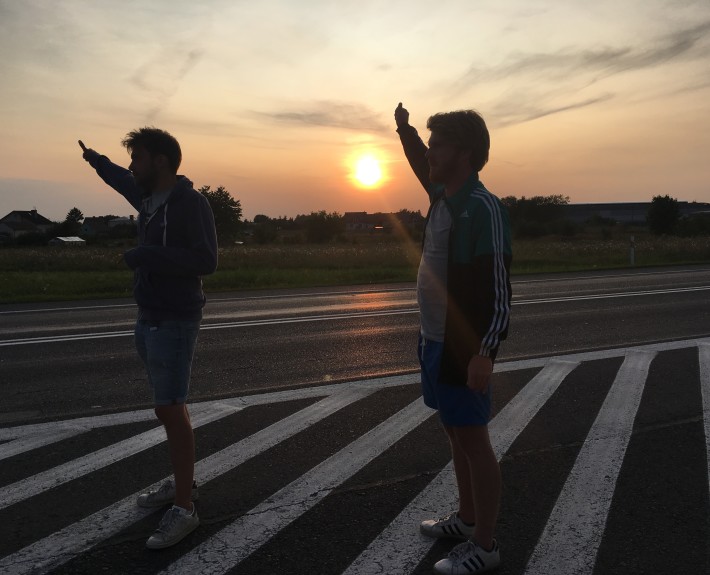 Whooop! The registration for Tramprennen 2018 has started! Click here to be part an incredible event this summer!

The most important dates:

See you on the road! 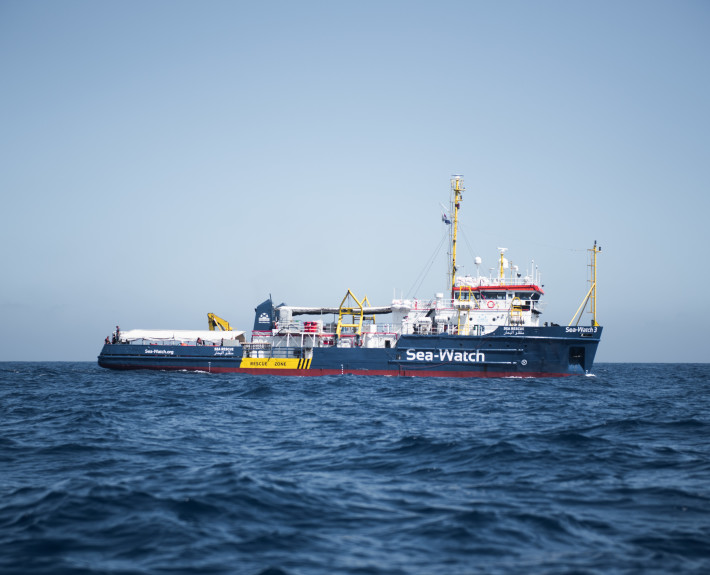 To help people across borders and through fences is one of the most humane things you could do.

In our 10-year history as a Tramprennen we have experienced this humane act very often. People inviting us in their cars and transporting us across borders were and are essential to successfully reach the final destination.

But of course, we have also seen the cruel inhumane way people fail at crossing the borders. 2015 we experienced first hand what refugees have to face at the borders on their way to a safe haven. We then decided to put our focus next to the WASH projects of Viva con Agua de Sankt Pauli e.V. on the rights of asylum seekers and collected the next years donations for Pro Asyl and Viva con Agua.

This year we decided to restructure our donation process. We are happy that we were able to support the work of two wonderful organizations and spread the word about clean sanitation and the necessity for refugee rights.

But we felt the need for a change and decided that this year we want to support one organization that is helping people across borders and rescues them in the most dangerous situations. Sea-Watch e.V.! 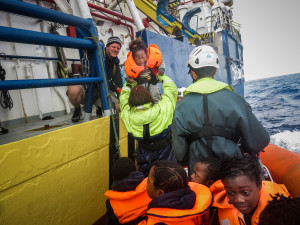 In 2015 a few people decided to buy an old boat and modified it to rescue people in distress and headed out into the Mediterranean Sea. Sea-Watch e.V. was born and has since then rescued thousands of people that fled the African continent to seek refuge in Europe. Through the work and knowledge of the volunteers and the donations of its supporters the non-profit organization was able to improve its skills and fleet. With the EU-Turkey deal and the Balkan route closing the focus of migration was again the Mediterranean Sea and as Libya emerged into a failed state the conditions for many people there worsened quickly. Sea-Watch and other civil sea rescue operations are working constantly to spot the small rubber boats of the refugees and rescuing before they sink. In the last year the Libyan coast guard have repeatedly caught the refugees before the rescuers were able to reach them and brought them back to Libya. This is a clear violation of human rights and Sea-Watch witnessed and made several of these so-called push-backs public.

We are glad that we can support Sea-Watch in their continuous effort to help people in need and contribute to the civil sea rescue missions in the Mediterranean Sea.  We want to emphasize on Sea-Watchs demanding: safe passage now!

Now it is your turn to motivate your friends and families to sponsor your team in this years Tramprennen to Boracko Jezero in Bosnia!